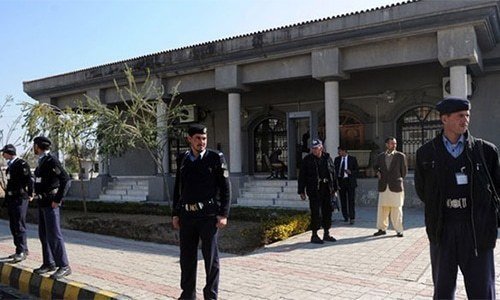 ISLAMABAD: The institution division on Friday notified promotion of over 65 senior bureaucrats, together with 42 officers of the Federal Board of Income (FBR), to BS-20 and BS-21.

Prime Minister Imran Khan on Thursday accepted the abstract for the promotion of the officers belonging to varied service cadres, however the promotions couldn’t be notified the identical day, as a result of the abstract landed within the institution division after official working hours.

The promoted officers belong to the Pakistan Administrative Companies (previously referred to as District Handle­ment Group) and the Police Service of Pakistan.

Moreover, they’re from the ministries of knowledge and broad­casting, commerce, railways, nationwide meals safety and analysis, water sources, abroad Pakistanis and training {and professional} coaching, aviation, cupboard and finance divisions, navy land and cantonments, Federal Board of Income and Auditor Basic of Pakistan.

The PAS officers promoted to BS-21 embrace Mohammad Amjad who has been posted to the Nationwide Faculty of Public Coverage, Khalid Sherdil and Nabeel Ahmed Awan to Punjab, Ahsan Ali Mangi and Iqbal Memon to Sindh, and Hassan Yousafzai posted to Khyber Pakhtunkhwa, whereas Aneela Suleman, Dr Naeem Rauf and Ahmed Aziz Tarrar belonging to the PAS have been promoted to BS-20.

42 amongst promoted officers belong to FBR

Sabino Sikandar Jalal of Secretariat Group has been promoted to BS-21 and posted as senior joint secretary in Narcotics Management Division.

Because the posting of PSP officers promoted to BS-21 has not been finalised, the institution division didn’t notify their promotion on Friday, sources mentioned, including that the promotions can be notified on subsequent working day.

Based on the sources, Sultan Ali Khawaja, Mohammad Arif Hanif, Jawad Ahmed Dogar and Azhar Rasheed have been promoted to BS-21.

The institution division has forwarded the PM’s approval to the remainder of the ministries and divisions for the issuance of notifications of their respective officers promoted by the Central Choice Board (CSB).

The CSB examined the promotions of bureaucrats working in BS-19 and BS-20 within the ministries/divisions throughout its conferences held from Jan 27 to 29.